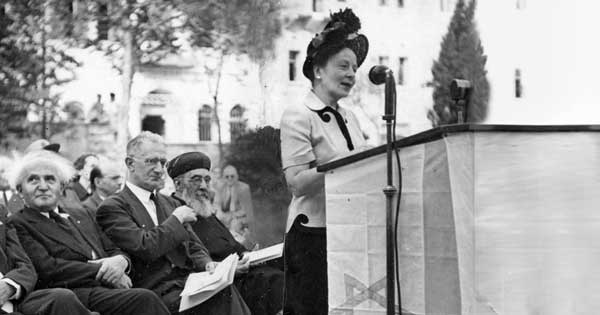 Since our founding in 1912, Hadassah women have played an enormous role in American Jewish history. May is Jewish American Heritage Month -- and we're shining a spotlight on just a few examples of the ways we've made a difference here in the United States, a complement to our powerful impact in Israel and around the world.

From mobilizing Americans during World War II, to building support for Israel, from advocating for women’s health equity and reproductive rights to helping pass the Genetic Information Nondiscrimination Act (GINA) and the Never Again Education Act, Hadassah has been a strong voice -- often for those who most need one.